BULLFROG presents its first secret potion, an eau de parfum inspired by the underground atmosphere of the 1920s speak-easies. An extremely confidential and elaborate cocktail of scents, which imprisons in a flask an illegal brew of traditional elements from the atmosphere of 1920s speak-easies. Legal activities such as barber shops, which – in the Prohibition era – hid clandestine bars serving alcohol out the back. The aroma of rum, the embracing warmth of whiskey, the illegality of absinthe, the evocation of aged leather and pipe smoke are the most recognisable notes in this perfume, those which come through, but the original formula remains a secret. 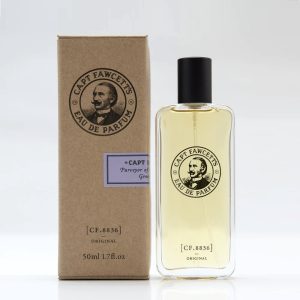 Use the search box to find the product you are looking for.

No products in the cart.